When should you start working with an editor? 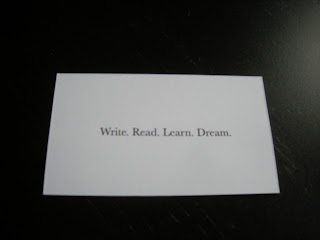 One of the questions that comes up almost every time as I talk with prospective clients is when they should start working with an editor. At what point in the writing process is it most appropriate to contract with an editor? When is it too early and merely a waste of time?

You should start working with an editor when you need help.

A developmental editor can act as a kind of writing coach.

I worked with a woman who wanted to write a memoir, but she sort of got stuck about seven pages into it. She felt like she'd said all she had to say and didn't know what else to include. My job in this case involved reading what she'd written so far and asking a lot of questions to help her generate more content. After receiving my feedback, she was excited about her project again and had a bunch of new ideas for what to write.

Another writer I worked with was supposed to be sending me pages every week, but he hadn't sent me anything for two weeks. I asked him where he was stuck. He said the reason he hadn't been writing was that he'd just read a bunch of research and was still processing it. So I applied my "start from where you're at" philosophy and suggested that he write 600 words summarizing the research he'd just read and how it related to the book he's writing. It worked. In fact he wrote more than 600 words, and it helped him process his reading.

If you want to get really basic, an editor can help you set deadlines and/or word count goals and help you stay accountable to those goals. If you've contracted to pay an editor for at least an hour's worth of work each week, you'd better be producing something, right? And not only does the financial investment provide external motivation to keep writing, but the feedback you get from your editor should make you feel heard, should make it clear that someone's interested in what you have to say. That's called an "inviting audience," and it's one of the most powerful motivators I've found.

But maybe you don't need a writing coach. Maybe you have a first draft of whatever it is you've been working on, but you keep going in circles trying to edit it. Editing, in fact, has become a maddening process of changing a few words here and there only to change them back again the next day, and 'round and 'round you go and where it stops nobody knows.

Or maybe you're not wordsmithing it to death. Maybe instead you're wondering whether your main character has come through the way you want him/her to. Or whether this scene, which is supposed to be the emotional climax, is pulling its weight and having the desired effect. I mean, it makes *you* cry, but will it make other people cry? And is it clear what's going on in this other scene over here?

Oh, I have been there, believe me. It's a different kind of stuck. The kind of stuck where you don't know what matters and what doesn't, so you can't be sure of any of your editing decisions. In my experience, it takes an outside perspective (or two or three) at this point to help you. One of those perspectives could be an editor's. Especially if the editor really *gets* you and what you're trying to do.

Another point at which people contract with an editor is when they're close to publication. They've finished a draft of their work and feel really good about it. Maybe as a result of working with a peer critique group, they're confident that the writing is doing what they want it to do and everything is in the proper place. They've gotten positive feedback on the style of writing. But they suck at mechanics--spelling, punctuation, grammar, syntax. Or maybe (like me) they actually don't suck at mechanics at all, but they're so close to the writing that they literally don't see the mistakes. They see what they *thought* they wrote rather than what they *actually* wrote. In either case it's time to hire a copy editor.

But when to start working with an editor also depends a great deal on your timeline and budget.

Then again there's the issue of budget. It's really important to have a clear idea of how much money you're willing to invest (total) in your writing project before you start working with an editor. What's this piece worth to you? $5? $50? $500? $5000? If the project is worth more to you than you currently can afford to spend, think about spreading the work out over a longer period of time. Find an editor who is willing to take you on for an hour a month, for example, so you can pay as you go and make a plan that works with your monthly budget. The down side to this approach, of course, is that again it can take a really long time to get to a polished final draft.

So there's a kind of formula to this: What you need help with + Timeline + Budget = Answer to the question. Which is why there's really no simple answer, unfortunately. One purpose of a consultation session is to get to the bottom of the three parts of this formula so you know whether now's the time to hire an editor.