Yesterday morning I was thinking about my friend, who's in school and having a rough time trying to finish his thesis. He's chosen a great topic that he has personal stake in, but for some reason he's lost the motivation to write it. At first I suggested that maybe he has an univiting anticipated audience (more on that in a future post on writer's block), but now I'm wondering whether it's even deeper than that - whether at least part of the reason he's having such a hard time writing his paper is because he's struggling to write authentically about something that has a lot of personal meaning to him in a traditional, academic style. 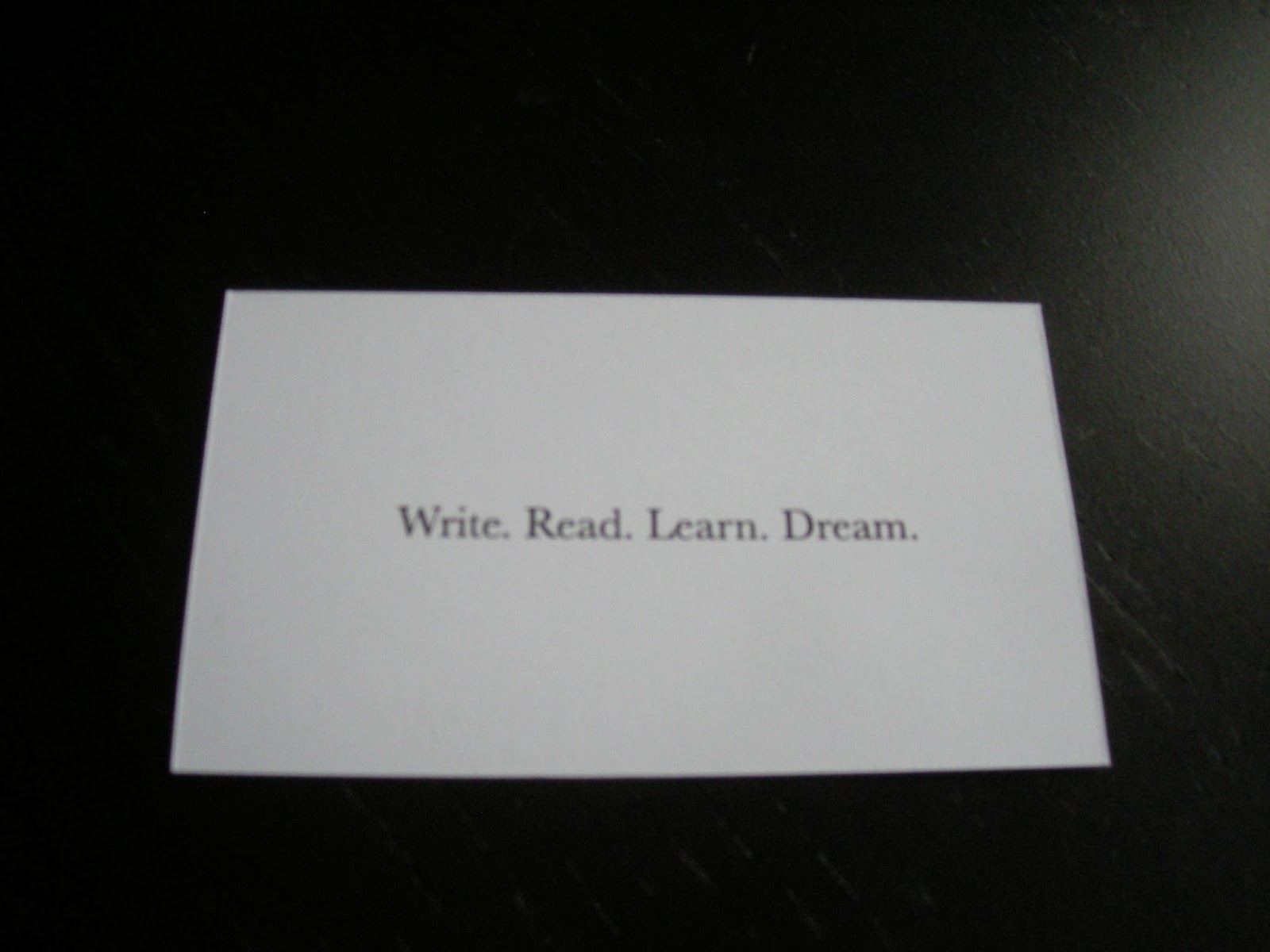 When I was an undergrad, I was taught that in academic writing, one doesn't use the pronoun I, one doesn't refer to personal experience, one doesn't admit to not knowing or not having an opinion. One's job, in an academic essay, is to come across as confident, informed, and impartial as one guides the reader through a logical and thorough argument. In other words, the goal is to write as if I am a robot. This made it much harder to write because, as you may guess, I am not a robot. In grad school, however, I decided that being authentic and honest was more important to me than abiding by the conventions, and luckily, most of my grad school professors were into alternative rhetorics and let me get away with some pretty unorthodox shit.

But if those are still the conventions of academic writing, then it makes sense to me that my friend would have a really hard time connecting with his motivation for writing this paper. It makes sense to me that he might be experiencing writer's block as a result of feeling like he can't be honest, like he has to repress the very parts of himself that made him want to pursue his line of research in the first place.

When I put my house on the market last fall, I knew I didn't want to spend a lot of time and energy worrying about it or trying to figure out "what next?" The worrying wouldn't help sell the house (it would just give the space a funky vibe), and trying to figure out "what next" before I even knew whether I was going to come out of it with any money would've been an exercise in crazy-making. So I repressed those thoughts. And, even though that had nothing whatsoever to do with the stories I was working on, my creativity suffered big-time.

For two months I barely wrote a thing. But as soon as I accepted an offer on the house, the floodgates to creativity sprang open. Poem after poem poured out. I wrote poetry for days; I couldn't stop. All those repressed thoughts and feelings had to have an outlet, and the poetry was it.

I also have a hard time letting myself get/be mad. It's against my cultural training. I tell myself that I should be accepting or understanding. I don't want the other person to feel bad. It's as if I believe that getting mad at somebody makes me a bad person. Not everyone feels this way, I realize; some people have no problem being mad, but there are other emotions they repress. Like sadness. Or even excitement/joy. I myself have tamped down the excitement at times because I didn't want to get my hopes up only to be disappointed later.

Self-repression can come in other forms, too: there's the fear that if I'm honest and write what I'm truly feeling/thinking I will realize I am a truly bad person (see "Fill in the blank"); there's struggling to write these blog posts because I sometimes backslide into Expert Mode, which means thinking I have to have all the answers, and then subconsciously skirting or blocking out my doubts and the things I don't know, or starting to make things up, and this makes for tortured writing (and probably torturous writing, as well); etc, etc.

Although the forms are many, in my experience the solution is always the same: Be honest. I have to let myself feel the feelings and think the thoughts. I don't have to share them with other people, but I do have to write them down. I have to admit when I don't really know something or am unsure or am making something up or that my perspective is based on personal experience. I have to face my fear that what I write will reveal that I'm a bad person. All easier said than done, but all possible.