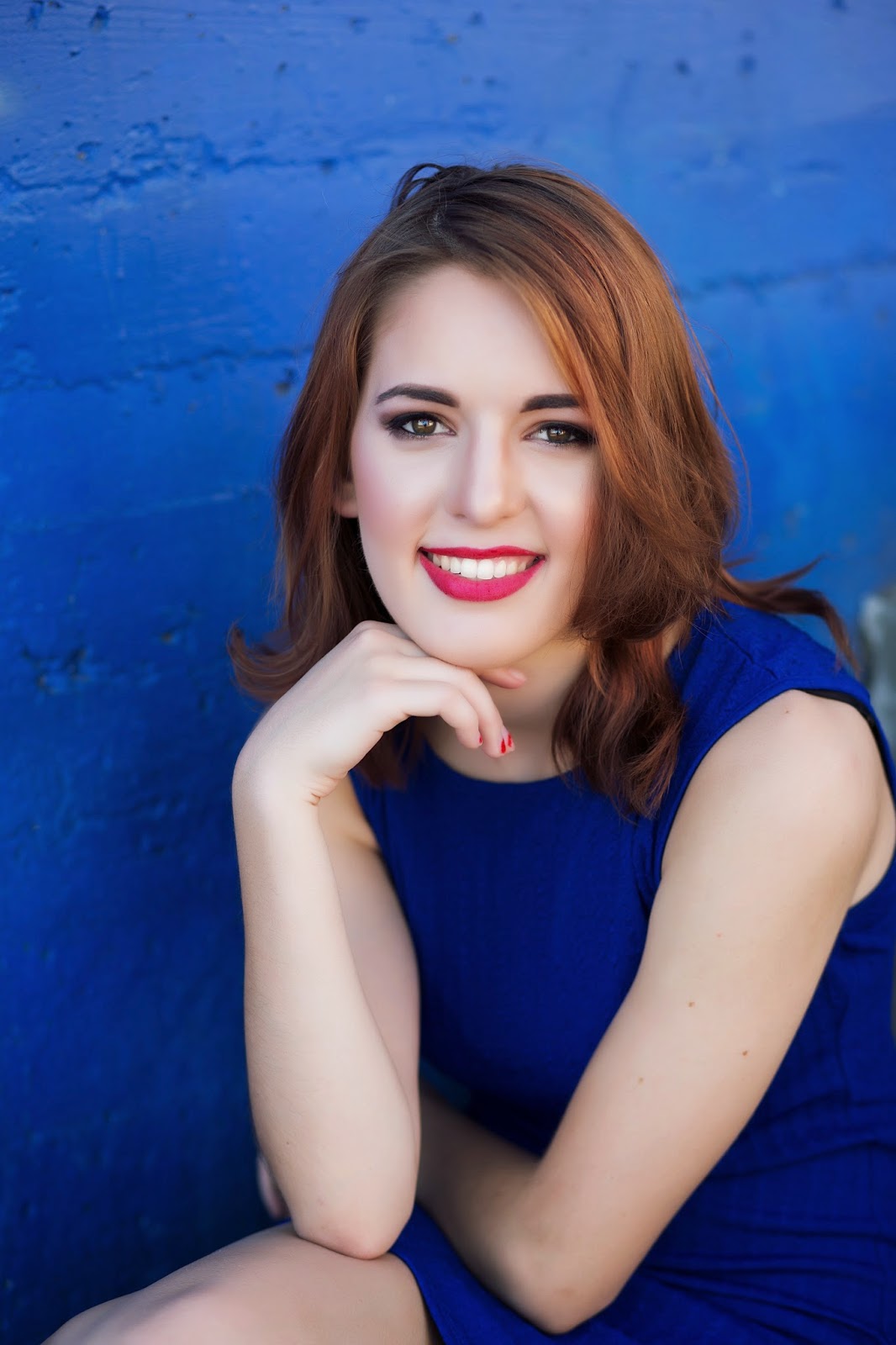 I met Liz through her aunt and uncle, who had invited me over for dinner one night. A self-possessed, intelligent young woman of fifteen, she was introduced to me as a writer. "Do you have something I can read?" I asked her. She did. The first few pages of her novella, Splinter. I started reading silently and was soon laughing out loud, at which point I insisted on reading aloud to the whole party. The narrator was intelligent, emotional and charming in a self-deprecating, self-aware way, perhaps a bit like Bridget Jones or like Iris in the movie The Holiday (played by Kate Winslet).

Fast forward a year or two to November 2014, and Liz - after much work - has self-published Splinter, a young adult speculative fiction novella. But I'll let her tell you more about that in her interview, which I'm honored to bring you today.

Congratulations on publishing your first book! Will you tell us a little bit about it?
Splinter follows the story of a girl caught in the web of a corrupt, futuristic entertainment industry. The whole idea is that as the outside world falls apart, so does the inside. Although most of the plot takes place inside the movie, one can determine what’s going on behind the scenes by watching the events that unfold in Eve’s world. A lot of the content in the movie may seem meaningless and sporadic, and sometimes just downright wrong (believe me, Bathos’s scenes were no cakewalk to write), but I encourage readers compare the subject matter to that which is seen in film today—I think many will find it eerily reflective.

Where did the idea for your book come from?
It kind of just hit me one day after watching a movie. I for the life of me can’t recall the name or if it was the source of my inspiration, but suddenly I found myself submerged in questions: What if actors were programmed? What if talent wasn’t required? What if humanity lost all passion for the arts? What if the entertainment industry continued to decline, not only due to the lapsing quality of content but also due to those who monopolize it? Because several members of my family are tied to Hollywood in one way or another, I’ve been subject to horrific stories about the politics at play behind the silver screen, and, without realizing it, I wrote a book that reflects the actual brutality aspiring directors and producers endure and inflict upon the grunts that work under them (minus the killing; although, who knows?). As a person who has recently grown passionate about theatre, the idea of an artless, industrialized world is horrific—but the truth is, society, and American society in particular, has become increasingly unforgiving of art and the human spark that lies behind it.

How long did it take you to write and edit it?
Two years. However, I spent a majority of my time writing and editing it the second year, as when I initially wrote Splinter I had no desire to publish it.

What services did you use to publish and distribute your book? What format(s) is it available in? 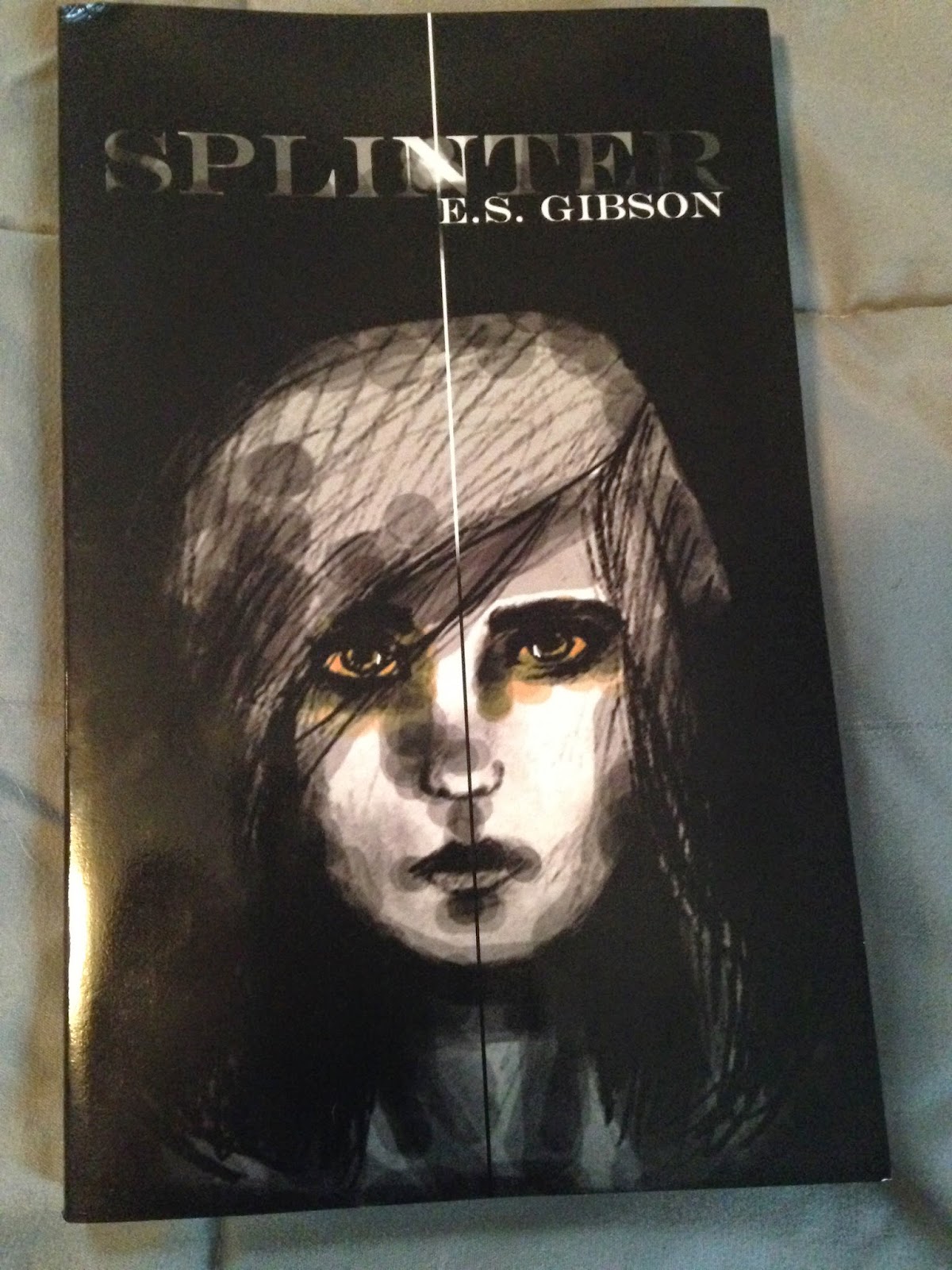 I went through a self-publishing company (Outskirts Press), which I highly recommend for authors who want to take the self-publishing route and see their book in paperback. Of course, it costs a few hundred bucks, but it’s a bargain if your life-long dream is to get published (and you don’t want to spend years desperately mailing manuscripts to publishing companies that will more than likely toss them in a recycle bin). Going through Outskirts Press enabled me to work with an author representative, a production team, and a marketing team—just like I would have if a publishing company had chosen to represent me. Splinter is currently available in paperback, but I am working on a Kindle version—more updates to come about that soon!

When I was in high school, my goal was to publish my first book by the time I was 20. You, on the other hand, have published your first book at the age of 17, while you're still in high school. Will you talk a little about why that was an important goal for you?
I’ve wanted to write a book for as long as I can remember. I think it was because books had a positive impact on a childhood that was, at times, difficult. No matter what predicaments I faced that day, I could always pick up Harry Potter or Nancy Drew or Little House on the Prairie and find myself dueling wizards, solving mysteries or knitting by the light of a kerosene lamp. Not only did I want to reign over a fictional world that readers could immerse themselves in, I think I also selfishly wanted to prove my capabilities as a writer.

How do you define success for yourself as a writer?
Although I was pleased when my manuscript reviewer informed me that she was moving my book to the next stage and my title production supervisor approved production, it was not until I held my book in my hands that I truly felt like I had made it to the end—and the beginning. That was my moment of success: when I gazed upon the culmination of all of my hard work over the last two years and the fulfillment of my lifelong dream.

What's your next writing project going to be?
Read to the end of Splinter. Then you’ll know. *wink, wink*

What advice would you give other new and aspiring authors?
Ernie Hudson once told me, “You have to plant a seed and let it grow—it’s when you waffle around that you fail.” Although he was advising me on a different subject matter (that, ironically, being how to make it in the entertainment industry), his advice is, indeed, relevant to my success. I considered scrapping Splinter on more than one occasion, but I still pulled through in the end…and look at me now! My book may not be a New York Times bestseller. I may not be racking up millions of dollars in royalties. I may not even be recognized for my efforts outside of my small town. But hey, I can still say I was published before I graduated high school, right? Each and every one of you (yes, YOU) who is reading this is more than capable of writing a book, or doing whatever you love; you just need to find that internal drive and—get ready folks! Here’s the big secret, the huge kablooie, the mystery haunting your dreams, the formula you’ve been seeking restlessly, the answer to all of your qualms—NEVER GIVE UP. I promise you, you’re capable of more than you know.

E. S. Gibson is a college-bound senior at her local high school. She has been freelance writing since the age of seven, often earning praise and recognition from her works of fiction and poetry. She unsuccessfully submitted short stories to science fiction magazines before focusing on the development of Splinter. She plans to enlist in relief work in South Africa sa well as study and write about the indigenous tribes. She'd love to connect with you on Twitter (@ThatBlaNerdGirl).