A few weeks ago I was browsing Joel Friedlander's "Self-Publishing: Carnival of the Indies Issue #59" for posts about ebook marketing and came across this post by Amelia Smith, which she has graciously agreed to let me cross-post here. This post struck me as a great addition to the ebook marketing series because when I first started researching indie publishing in 2012, the #1 bit of advice I kept coming across was "publish more books." Smith's analysis of the Author Earnings Survey Data speaks to this advice and offers some insight into how much money a dedicated indie author might reasonably aspire to make.


An Analysis of the Author Earnings Survey Data
by Amelia Smith

I took a survey about half a year ago and promptly forgot about it. Then I wondered, why doesn’t anyone do those big surveys lately. All the talk seems to be about Author Earnings report, which collects and interprets sales from Amazon, focusing on top sellers and leaving out a lot of the not-so-successful authors like me. Then I found this, a huge collection of not-yet-summarized data. When I grabbed the spreadsheet from Hugh Howey’s author earnings survey, I wanted to find out what it takes to win at this game, and what my chances are of making a living writing books. I also wound up chasing a few side collections along the way. Here’s some of what I learned. The TLDR version? The majority of authors will never make a living at this, but chances increase both with number of books written and with years in the game. They get as good as 50/50.

I didn’t pay much attention to the merits of self-publishing vs “trad,” or to whether the authors in question used professional editors and/or cover designers.1 Instead, I compared median numbers of books published versus median income for a variety of groups, mostly divided by number of years in the game. Through this, we can see if there’s any relationship between earnings and number of books published per year (there is, but it’s not straightforward), and whether there’s any point at which an author can be reasonably assured of making a living (there isn’t). I also disregarded author’s response to the question of “Are you making a full time living?” because some said that they were at $12,000 a year, while others thought they weren’t, even at over $100,000/year. I wound up using $32,000 a year as my “Making a Living” threshold, because that’s an Average Joe earns in the US, according to Google.

This is a pretty huge survey, with almost 1600 respondents, but it does have its limitations. Numbers are self-reported, and some people are prone to exaggeration and bragging even on anonymous surveys and there appear to be a few typos and possibly a repeat or two. Another problem is that many authors talk about gross sales without deducting their expenses, while others are figuring net profits (or lack thereof). They also tend to round off to the nearest hundred or thousand or so. It’s not super precise, but with 1500-odd authors reporting in, some of that will come out in the wash.

Anyhow, about those numbers. First, let’s look at income brackets vs. median number of books published. One of the nice things about this was that each bar on this graph represents about 300 authors, with slightly more in the $100-999 group and slightly fewer in the highest bracket.

From this graph, it would seem that the more titles you publish, the more money you make. Unfortunately, if you flip it, the relationship looks a little less straightforward:

Why is there such a big bump at 6 and 16? Why the dip at 17 and 18 titles? Beats me. It’s a big data set, but not so big that all the randomness gets worked out. You’ll see here, though, that the authors with 40 or more titles published are doing pretty well, on average. My suspicion is that this group is dominated by romance writers well into their careers. Even before the indie gold rush days, pulp romance writers often produced 3-4 books a year. A decade or two of that will put you solidly in the top bracket.

Another thing is that you’ll find a good number of people with lots and lots of titles published who are making very little money at all, sometimes none. Everyone loves a good success story, but I wanted to know what the failure stories looked like. The failures who were trying really, really hard and still couldn’t make this thing go. I took a look at the 29 authors with over 20 books published and less than $1000 in reported annual income. One seems to have left the book writing business for magazine writing, with all of his or her books in a big 5 publisher’s hands. Others write mostly short stories or erotica, which is not always as lucrative as people think it will be. Some admit that they don’t promote. One is writing and publishing in a language which doesn’t have a big market. Some have seen their incomes steadily rise, while for others there’s been a rise and fall. Nearly everyone in this category (more books, but fewer sales) who left a comment seemed to say that there was a legitimate reason they weren’t earning a lot (or that it was all Amazon’s fault).

I also wondered how much velocity matters. There’s talk on KBoards of the importance of putting books out at least every 3 months, to stay in the Hot New Releases category. I’m not a fast writer, so I didn’t want this to be true. What I found was that it helps, but only to a point. Here, I looked at the class of 2011. Those who started publishing in 2011 had an overall median income of $5,000, with a median of 7 titles published. For those with 5-9 books published, median income was $10,000, significantly higher, but for those with over 10 books published in three years, the median was $8,450… which may mean that a higher proportion of those writers were putting out short fiction, or perhaps rushing their books to market.

Another factor which seemed to have a big impact on earnings was the number of years since first publishing a book. Because this survey is still open, there were a handful of respondents who’d just published their first books this year, in 2015. Their median income was zero. For the most part the trend went up with age, but dropped off again for the oldest respondents, who had published their first books in the 60s, 70s, and 80s.

Finally, I felt that this analysis wouldn’t be complete without at least a nod to the Trad-vs.-Indie question. I looked at those who first published in 2012 for this one because in that year self-publishing was starting to get into the mainstream, and it’s long ago enough that they’ve had some time to build up an audience and/or inventory. As usual, the hybrid authors (those with at least one book in the self and trad published columns), made the most. Here, the blue columns are median numbers of books published, while the red/orange columns represent income in thousands of dollars. As a group, the self-publishers have the lowest median income, but seven of the top 10 earners, including the top three, were all self-published.

Most of the authors in the survey were primarily self-published, by their own report. Their proportions were higher in the lower earning brackets, but not by a whole lot. Here’s a breakdown of numbers with the split at $32,000/year, as above. There are a good number of authors who aren’t making a living but who are making some significant amount of money.


This is not by any means a final analysis. If you’re an author who has taken this survey, or would like to take it, you can check it out at: http://authorearnings.com/results/ .  I’m so glad that Hugh Howey and the shadowy Data Guy have compiled this all, I’ve quite enjoyed messing around with it and re-arranging things.

Now, back to actual writing.

(Sorry about the not-so-great graphs. This is my first time messing around with them and I have no clue what I’m doing.)

1 On the subject of editing, and cover designers, some so-called professionals are really not very good at their jobs, and new indie authors often hire ones that don’t do their books any favors. Also causality is hard to pin down. As often as not, authors spend more on editors and cover designers after they’ve already started seeing some success in the marketplace. 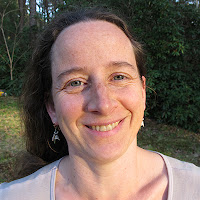 Amelia Smith writes articles about Martha's Vineyard, books about dragons, and blog posts about nothing in particular.